El Rito was one of the first Spanish settlements in Northern New Mexico. This small farming community is steeped in a traditional Spanish lifestyle. The area is still a small farming community but with an added bonus in 2014 – now home to the El Rito Studio tour (elritostudiotour.org) which occurs this year on October 4th and 5th. For two days a year, their entire town is turned into a destination for travelers and purveyors of art. Art lovers flock to the street fair, with artists of every medium imaginable selling their wares. That our family was born and stayed in this community into the 1900’s is amazing.

Ricardo’s parents, Toribio and Maria Luz Archuleta had six children, two older girls, Juana Ynocencia and Maria Dorotea, then Ricardo and three younger brothers, Delfino, Geronimo and Manclovio. Ricardo was baptized on December 21, 1856 at Santo Tomas de Abiquiu, New Mexico and his godparents were Salvador Madrid and Maria Manuela Manzanares. In the 1870 Census, which was taken on the 28th day of July, we find Ricardo at the age of 14 living with his parents and siblings in El Rito. His father’s profession is listed as farmer. Toribio was listed as being able to read but not write. His mother could neither read nor write but 14 year old Ricardo could read. 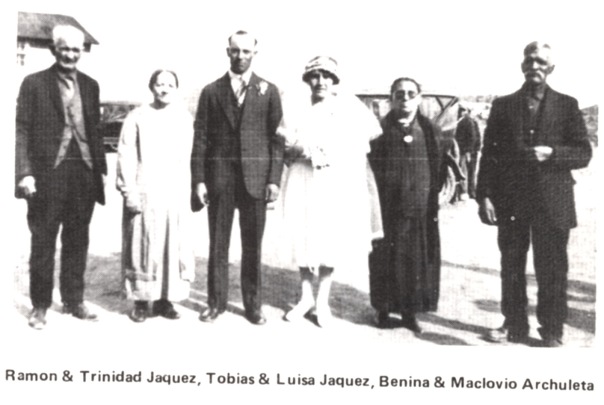 When I am researching, particularly my mother’s ancestors, I am very precise about what information I take as a “gospel” because I want proof. Here is one instance I would need to see the proof before I can take the information seriously. Ricardo marries Maria Adriana Valdez and according to everything I have found online, the date of their marriage is 1888. Now, my problem with this is that their first child, Alfred, is born in 1877. Maximo is born in 1880, Elfredo in 1884, Telesforo Simon in 1887, Maria Antonia (Tonita, my grandmother) in 1889 and Jeronima (Jerri) in 1894. Looking at the family structure (very catholic), it’s hard to believe they lived together as a family, had children and still not gotten married prior to 1888. Again, I will have to follow up with the information, most likely from the church, in order to verify that information. 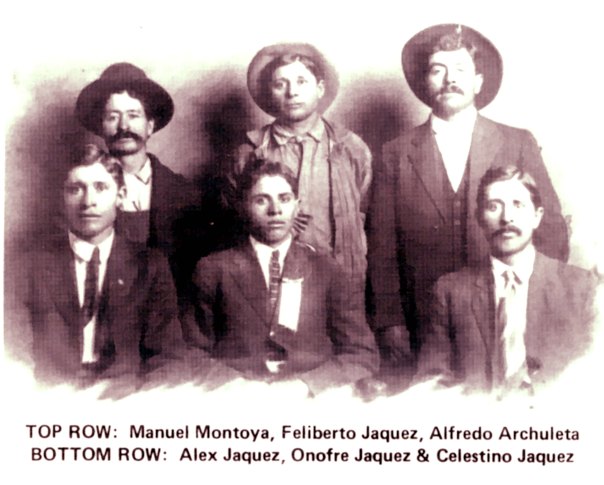 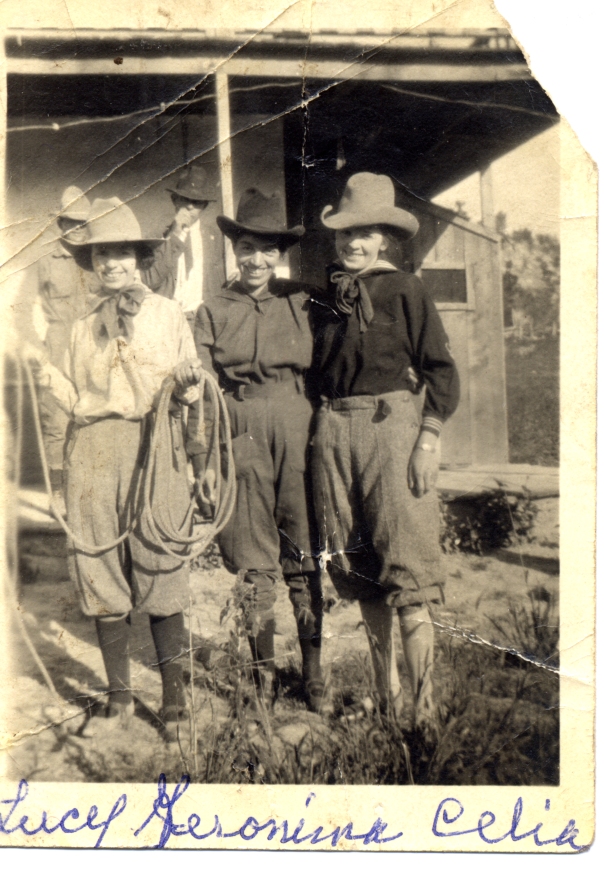 When I started my blog, I started with my mother’s ancestors because I have been researching them since the 1980’s. So I had done very little research on my father’s side of the family, although I did take a number of trips with my parents all over New Mexico. In 1993 we stopped at a church in Tierra Amarilla, NM when Taylor was just a baby. We got out and tip-toed down the aisle of the church, awed by the beauty of the chapel, then walked around the graveyard located adjacent to the church. We passed by so many headstones baring the Archuleta name, and I wish I had paid closer attention. My dad would say, “Oh, it must be a relative”. We laughed, then climbed back in their van, heading to the next town. Hard to get those times back.

In the 1880 Census, we find Ricardo and Maria living in Rio Arriba. He is listed as a laborer and she has a profession listed as well – seamstress. I think that is so great. She must have been a very strong person. Their oldest son Alfred was 3 and Maximo 2 months old.

I did not locate a 1890 Census for them yet and I will continue my search for that because I feel like it is important to the puzzle. Maria Adriana died in 1897 in Blanco, NM at the age of 36. So young.

By 1900 everything has changed. He is remarried to a woman by the name of Perfecta. So, if we back up just a moment, let’s review where Maria Adriana’s family came into this picture. Her father was Juan Nepomuceno Valdez and her mother was Juana Maria Gertrudis Archuleta. So, her mother was an Archuleta, her father a Valdez and in 1870 they lived in Tierra Amarilla. Then, Maria Adriana marries Ricardo Archuleta. Willing to bet they were related. Now, she had a sister by the name of Maria Perfecta Valdez.

The 1900 Census shows Ricardo and Perfecta living in Largo, NM with son Antonio, age 20 and son Padro, age 19. Also living with them were Jeronima, a niece, age 18, Cresencia, a niece, age 15 and Adriana, a granddaughter, age 6 and Richardo, a grandson and aged 4.

Now, I met Great Uncle Tony, I knew he was only six months apart from my grandmother and I knew his mother was a sister to my Grandmother’s mother. But seeing it on paper makes me feel sad for Maria Adriana, married to a man who has a child with her sister, while she was married to him. Kind of gives me a headache to think about all of it.

In 1930 they live in Blanco, New Mexico, he is 73 years old, Perfecta is 74 years old and it is the first time we don’t find him living on a farm, rather he is living in town but they are still caring for a granddaughter by the name of Edwargen, age 9.