When Taylor was editing my posts for the Jacques/Archuleta family, she pointed out the fact that I’d never written about Uncle Frank. Truthfully, I don’t know very much, but I am willing to share what I do know.

Uncle Frank was born on December 12th, 1915. Here is the 1920 San Juan County, NM shows he is living with his parents and grandparents. Uncle Frank is just a year  and a half younger than Uncle Fred.

My father did not have a lot of memories of his brother. My dad was 6 when Uncle Frank died and truthfully, the only story I have of him involves Uncle Fred. I have several cousins who say Uncle Frank was in a conservation camp. Truthfully, I have no idea. But what I did find was the 1930 Census. 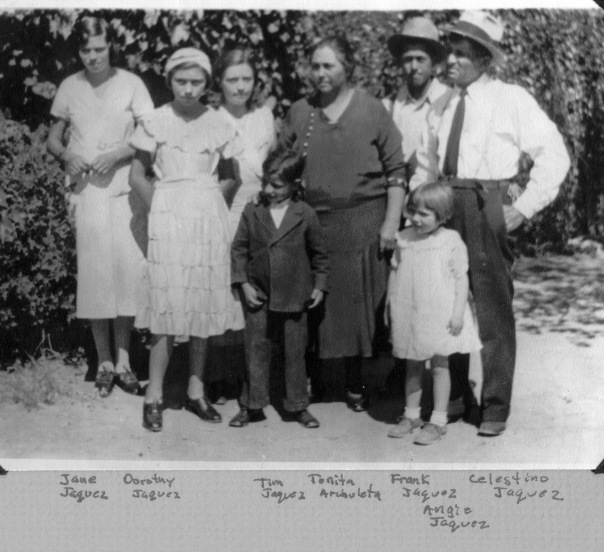 In 1930, the Jaquez family was living in Denver, Colorado. Uncle Frank is just 14 at that time.

Sadly, Uncle Frank died as a very young man, in the early 1930’s. The only thing I know for sure is when Uncle Frank was on his deathbed, they had called for the priest to come and administer last rites. He refused. Uncle Fred took a shotgun and returned with a priest. Thank God for Uncle Fred. I know it would have meant a lot to my family that he get his last rites.

To say that this is all I know feels pitiful. So, this year, one of my first goals is to obtain copies of his death certificate as well as a copy of his baptism record. I know my cousin Tommy has begun gathering a lot of documents from the church in this regard and thus I will post an update for Uncle Frank. God rest his little soul.