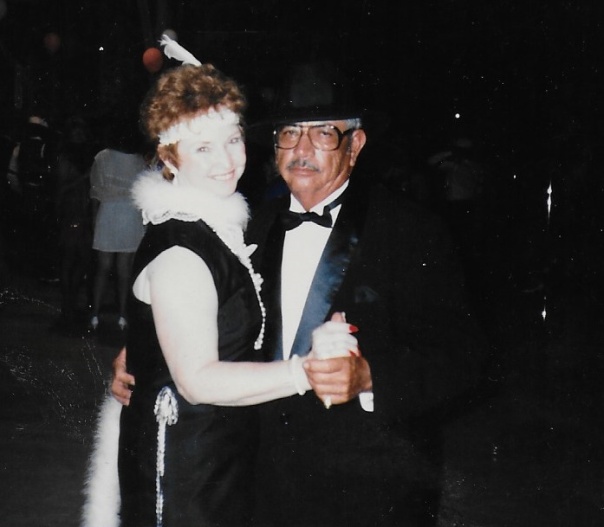 By the dawn of the 1980’s, we’d moved to Stockton, CA. My Grandma Tonita had passed away in the 1970’s, but by the 1980’s my Grandma Flora was ill. After my Grandfather Charles’ heart attack and passing in 1960, she had remarried in 1965. She had married Neil True. My mother wasn’t fond of him, but got along with him, for my grandmother’s sake. We all called him Pappy.

By 1980, Grandma Flora was 78 years old, had suffered a stroke and was then diagnosed with breast cancer. My mother moved her off the hill where she lived in Nevada City, and moved her into a small duplex off of Quail Lakes. Pappy had health issues too. Aunt Kay took care of all the bookwork/banking for them, so my mother took care of Grandma and Pappy. My mother was very close to her mother and she did her level best to take good care of her. However, it was difficult for her to deal with Pappy. My mother would hire someone to take care of Grandma Flora and Pappy would fire them. My mom took a lot of stress from him. Eventually, my mother gave in and she cared for Grandma and Pappy herself during the day and I would get done with school and go and stay there at night, taking care of them. They were mostly asleep the entire time I was there, however I did make them dinner, help them get into bed and then sleep over. 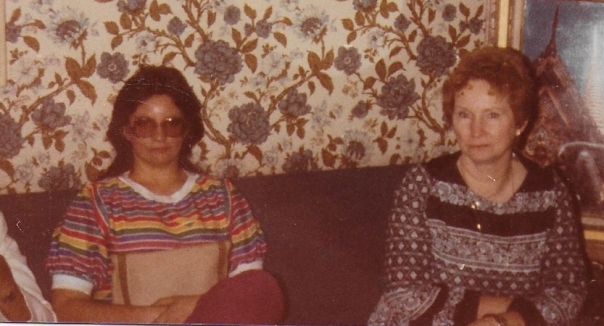 We finally found a nurse that was a godsend. Her name was Emily. Suffice it to say, Grandma Flora liked Emily and so Pappy wasn’t able to fire her.

My mother’s time was consumed by her parents. However, Momma also had three grandchildren with whom she spent a great deal of time. 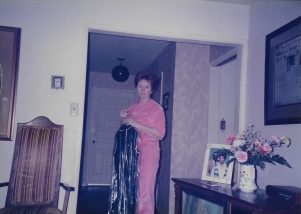 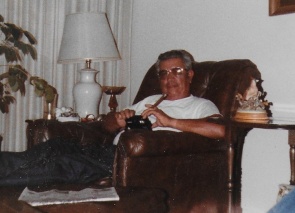 When we moved to Stockton, Tara Lynn was about two years old. There was a double fireplace that went from the family room to the dining room. Tara would peek through the fireplace and say, “I see Papa through the willow”. Willow was her name for window. She was such a cute baby.

By 1982, Grandma Flora was very ill and not doing well. She finally passed away on May 22, 1982. My mom was devastated. I’ll never forget the sight of her laying on her bed, sobbing. As soon as my grandmother had passed, Pappy’s “family” had arrived to take over with Pappy. They immediately wanted all of the money in Grandma’s account and began packing up their things, including Grandma’s belongings. My mother was so incredibly hurt. She internalized all of the stress and pain

At one point, my sisters and I may have broken into my grandmother’s home and retrieved everything of hers that we could. We may have.

My father squired mother away for a brief trip, hoping to get her back on her feet.

Eventually, Pappy’s family took him to Washington to live out his days. However, once he, too, had died, they shipped him back to California so that he could be buried with Flora.

A short time later, my mother was diagnosed with breast cancer. Mother felt certain that she had developed the cancer from the extreme stress she had suffered. She was probably correct. She also found out she was suffering from diabetes. She had a mastectomy then had radiation and chemotherapy. She fought back.

I used to play Scrabble with my parents. We’d sit at the kitchen table and play for hours at a time. We had such a great time playing that damn game. My mother was difficult to beat. She’d really get a thrill if she got a great word score. She was very competitive and found it impossible to hold back and then my dad would get tired of losing and decide he didn’t want to play any more. So my mom would think about letting him win but she just couldn’t do it. We played games all the time including Dominos, Black Jack, Thirty-One, Poker, and Uno. But we’d always go back to Scrabble. 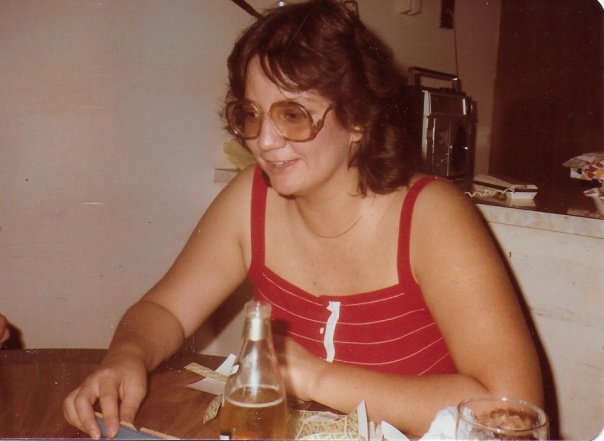 I graduated from high school in 1983 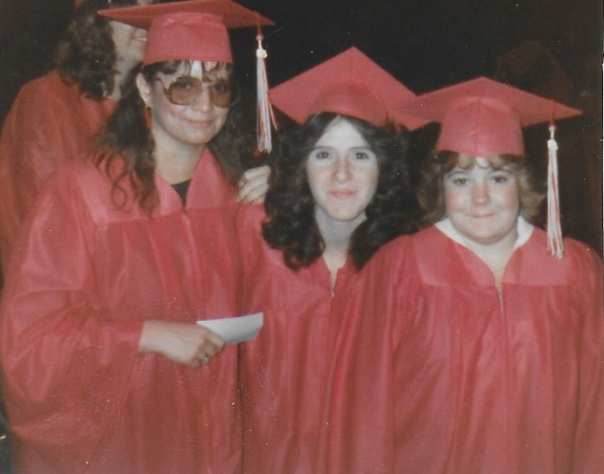 My dad had been working in the Bay Area when we moved to Stockton and he continued to do so. He’d drive down to San Jose on Monday morning, some weeks he’d stay there for the entire week and then return to Stockton on Friday night. We lived at 3218 Harper’s Ferry Court. They were very happy to be back in the town where they’d met. 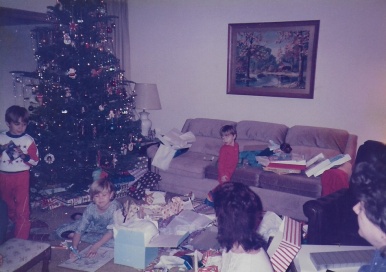 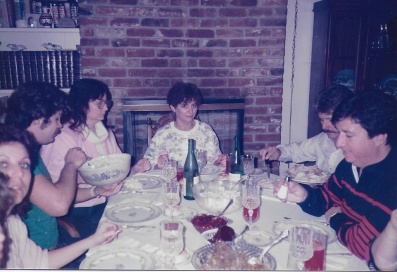 I met your dad, Paul, in 1984. We’d dated for several years then became engaged. My mother took my mother in law Maxine out to lunch by themselves. I was kinda worried about it but my mother drove them to the Nut Tree in Vacaville for a lovely lunch (as my mother was inclined to do). When they returned, I asked my mother what they talked about. She was cagey, just said that everything was fine. Truthfully, I think my mother was trying to gauge how Maxine would be as a Grandparent. I think my mother recognized that she wouldn’t be on this earth as long as she wanted, wouldn’t be able to grandmother you kids as she thought you deserved. The only thing my mother told me about that lunch was that she was surprised Grandma Maxine had said your dad wasn’t her hardest child to raise, haha. 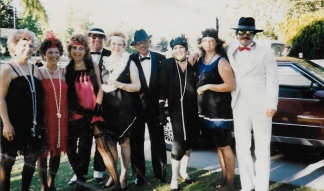 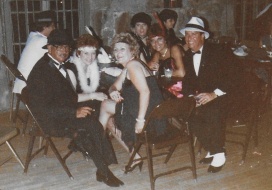 My parents and really our entire family had the best time. It was a Roaring Twenties costume party and they just had a ball. My dad had a few drinks and my brother ended up driving all of us home. 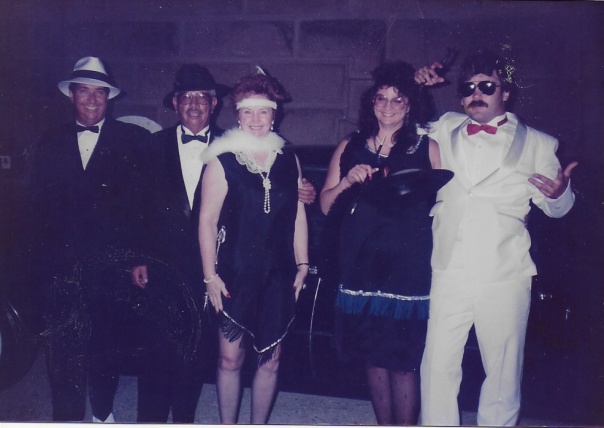 1987 was the 35th Anniversary. I knew my mother was ill, I didn’t foresee her celebrating their 50th Anniversary, so I  put together a wedding for them. My parents had run off to Las Vegas (my Aunt Jean had notoriously given them six months before they divorced) and I just felt they really deserved a large affair. I planned it as if it were a wedding. It was amazing. All of my dad’s friends from when he was a teenager showed up. Relatives and friends alike, it was a hell of a shindig. I was very proud of how their wedding turned out. It was a great party. 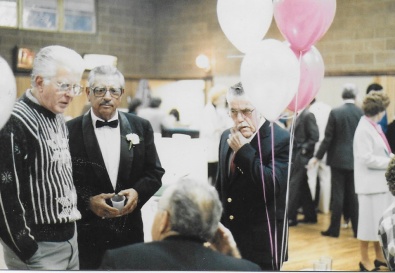 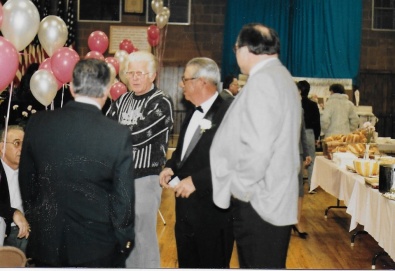 By 1989, Paul and I got married. My parents paid for most of my wedding and it was a real opportunity for them to throw a fancy wedding. 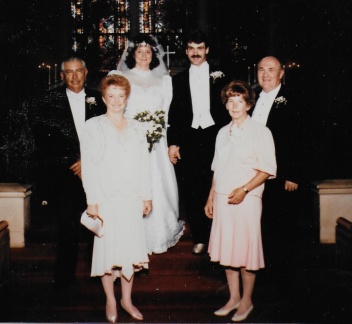 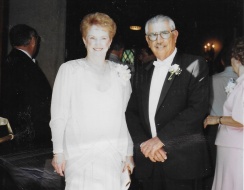 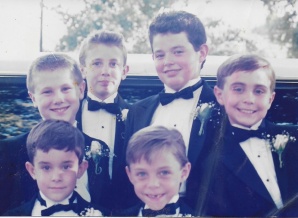 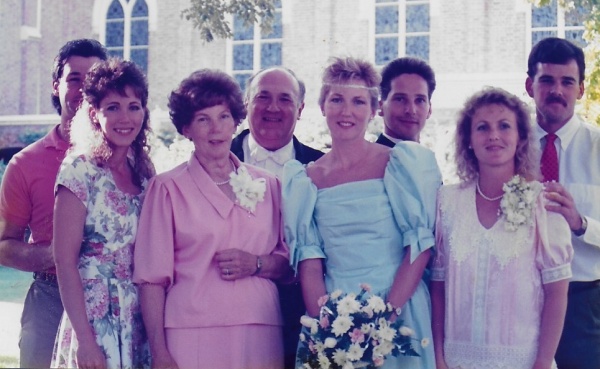 We got married at Morris Chapel (yep, same place mother had married that other man) and had close to 200 people attend. Having my dad walk me down the aisle meant the world to me. My mom and Maxine lit two candles on the alter then your dad and I lit one unity candle. We had a nice wedding. Paul and I went on our honeymoon on a Mexican cruise. My mom was mad because I hadn’t called her during my honeymoon. 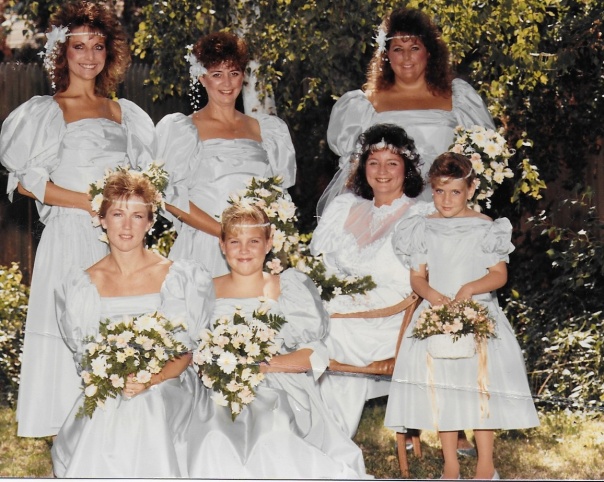 By the time my wedding was over, Dad decided it was time for him to retire and for them to really start traveling.

We got married in September. We’d go to my mom’s house for dinner every night after work, because I knew Momma would be making dinner and really, why should I have to make a whole dinner too? Haha. 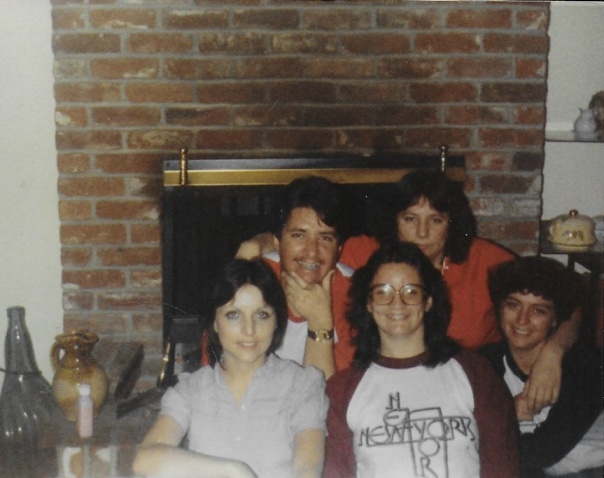 By November 1989, my parents sold their home on Harper’s Ferry Court and had moved three hours away to Rancho Tehama. Their home was in a small community up in the foothills just south of Red Bluff, CA. We really enjoyed spending time there. I also learned how to cook for myself.  The end of the 1980’s found my parents squirreled away in a region where there were birds to watch, deer who visited and a daughter who called her mother every day, sometimes three and four times a day.

The new decade brought about new grandchildren, a new home and the end of the Jacques family as we knew it. 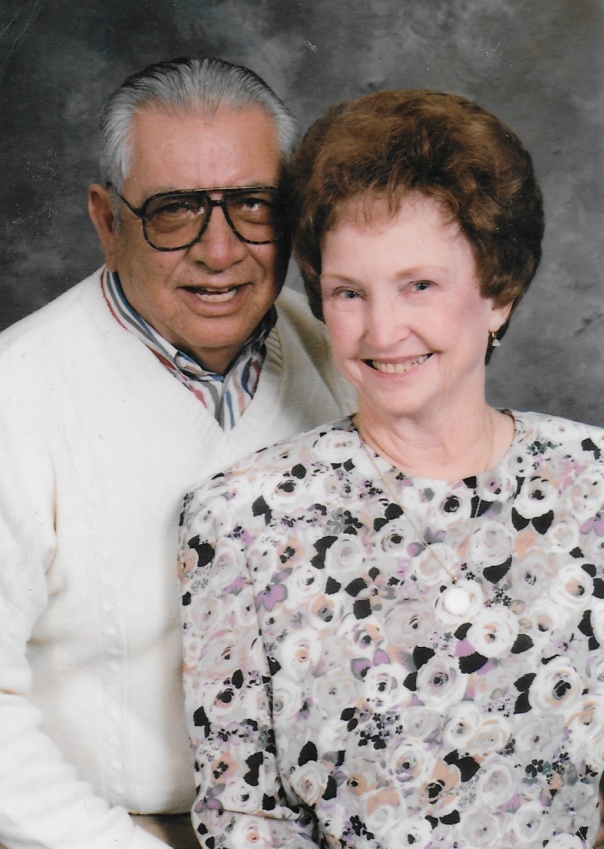